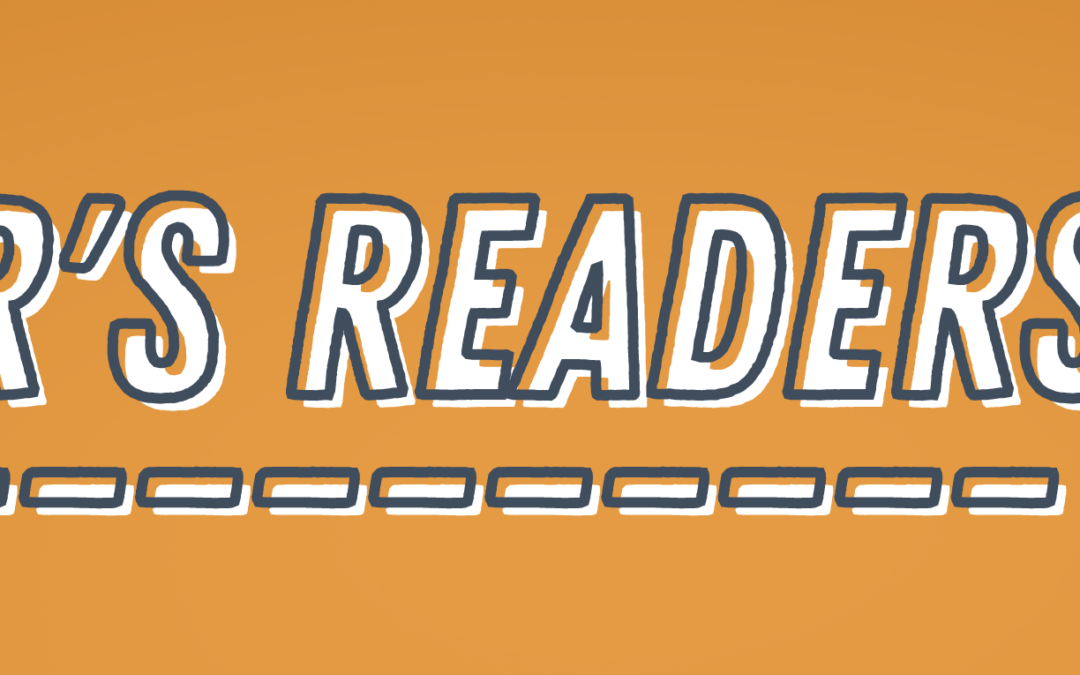 Our new co-curricular group had been in full swing this term. We have been discussing our current reads, making reccommendations to each other and to the wider school community. Our “Books to catch before you leave Middle School” display has been a hit!

We were lucky enough to have had several ARCs – “Advanced Review Copies” of as-yet released books from our friends at Roaring Stories. These books were distributed to members of Arthur’s Readers to review and make a recommendation as to whether they should be added to the AHL collection when they are released.

James read We were wolves by Jason Cockroft 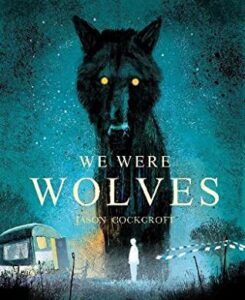 We were wolves is the gripping tale of survival and the love of the boy for his father. The boy is forced to hold out by himself in the dangerous woods because his father the boy thinks was unfairly imprisoned. This state of survival brings the boy into contact with many dangers both part of the human world and the ancient supernatural. Most of the characters have a fair amount of depth and the character development of the main character is exceptional however I believe that the mother of the main character or “Mam” could do with slightly more depth.The telling of the story in first person allows the reader an insight into the main character’s state of mind that most fantasy books do not. I would definitely recommend this book for anyone who is looking for a short novel to curl up with but make sure that you have lots of time as it is very difficult to put down.

Should we add this book to the AHL collection? Yes, it would be an excellent addition to the collection. 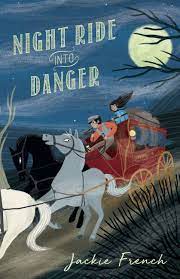 Night Ride Into Danger is primarily a mystery novel with large amounts of drama. Set in June, 1874, it focuses on a coach heading to Goulburn from Braidwood. All the characters have different secrets which are revealed as the story progresses. The twists that comprise this book are mostly made up of people that are not what they seem to be. Be it a character is secretly not as innocent as it seems or that one is not the person they let on, there are many twists in this book both literally and metaphorically. This story is very character driven, without giving any spoilers if you like strong character driven novels you will like this novel.

I feel like the reason someone should read this book is that it is very engaging with a lot of time sensitive situations that make you want to root for the characters because you want to see them succeed.

Should we add this book to the AHL collection? I feel like the school library should purchase this book for its collection because it is a good introduction into the mystery genre.

Priyann read Echo in the memory by Cameron Nunn

“Echo in the Memory”, by Cameron Nunn, exposes the perspectives in colonial Australia through an engaging story that ties in these ideas through a lens that is relatable to the young adult audience. The story follows two boys, one in modern-day Australia and one in colonial England being taken away from their homes to farms in rural New South Australia. Both boys face different hardships, and eventually start to find a connection to each other, even though they are 200 years apart. The story also provides a compelling account of the interactions between the white settlers and the Aboriginal people, and exposes the irony of this through a persona who would have been voiceless in the society they live in. But what makes this book a compelling read is the search of identity both boys face and try to find in a place that is unknown, harsh, and stressful. 4.5/5

Should we add this book to the AHL collection? Yes

Geronimo read A weekend with Oscar by Robyn Bavati 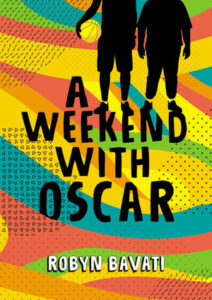 A weekend with Oscar is a brilliant story about family, loss, trust and first love. This story intrigued me because it made me want to know about Oscar and how he seems to be very important. The story begins by talking about a 16 year old boy named Jamie, his school life and the common difficulties related to a person with down syndrome, his13 year old brother Oscar. Later on, their mum disappears and it’s up to them to take action. I absolutely savoured this book because it enforces my belief that disabilities do not make anyone less valuable and how they canrise upand exceed expectations. This story is also relatablefor those with down syndrome and how they can bea hero like Oscar.

Should we add this book to the AHL collection? I would definitely recommend this book to my friends, family and especially those who have or are curious about down syndrome.

On this day in 1993, US lawyer #RuthBaderGinsburg

Arthur's Readers have taken up the mantle of boost

Who doesn't love dogs? This new book has already

Today we are celebrating National Aboriginal and T

The old adage, "You can't judge a book by its cove

Our #trinitygrammarschool students loved We Were L

Scenes from the #arthurholtlibrary balcony today.

We can't wait to read this new non-fiction book wh

It's Library and Information Week ! This year's t

On this day in 1997 the first issue of Japanese ma

The gang from Hawkins has arrived into the #arthur

When one of your Library team starts dressing like

As we head into the school holidays, make sure you

Need some reading inspiration for the winter holid

On this day in 1993, US lawyer #RuthBaderGinsburg was sworn in as an Associate Justice of the US Supreme Court. Ginsburg championed women's rights and dedicated her career to fighting gender inequality.
Ruth passed away in 2020. #trinitygrammarschool #RBG

On this day in 1945, the USA dropped an atomic bomb on Hiroshima in Japan. Almost 100,000 people died instantly and many hundreds of thousands more later from radiation.

On this day in 2017, French soccer club Paris Saint-Germain announced that they had signed popular Brazilian goal scorer, Neymar for more than 222 Million euro.

Head to the biography section to read Neymar's story