In this book, Peter Atkins introduces his choice of the ten great ideas of science. He leads the reader through the emergence of the concepts, working into his narrative an illustration of the scientific method and showing how simple ideas can have enormous consequences. 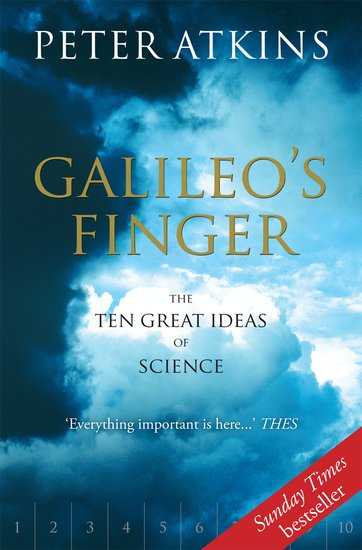 A Short History Of Nearly Everything by Bill Bryson

Bill Bryson describes himself as a reluctant traveller, but even when he stays safely in his own study at home he can’t contain his curiosity about the world around him.
A SHORT HISTORY OF NEARLY EVERYTHING is his quest to understand everything that has happened from the Big Bang to the rise of civilisation- how we got from there, being nothing at all, to here, being us. 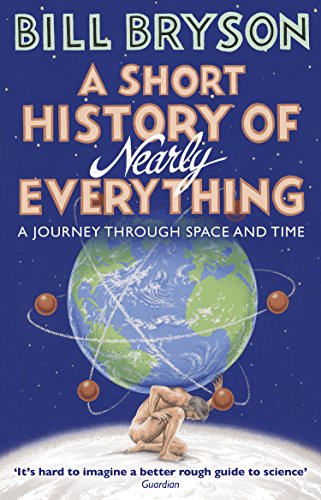 A really short history of nearly everything by Bill Bryson

In this edition for younger readers, he covers the wonder and mysteries of time and space, the frequently bizarre and often obsessive scientists and the methods they used, the crackpot theories which held sway for far too long, the extraordinary accidental discoveries which suddenly advanced whole areas of science when the people were actually looking for something else (or in the wrong direction) and the mind-boggling fact that, somehow, the universe exists and, against all odds, life came to be on this wondrous planet we call home. 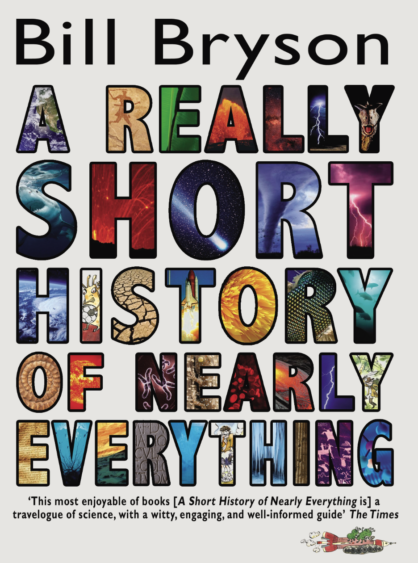 The Oxford Book of Modern Science Writing by Richard Dawkins

The Oxford Book of Modern Science Writing is a celebration of the finest writing by scientists for a wider audience. 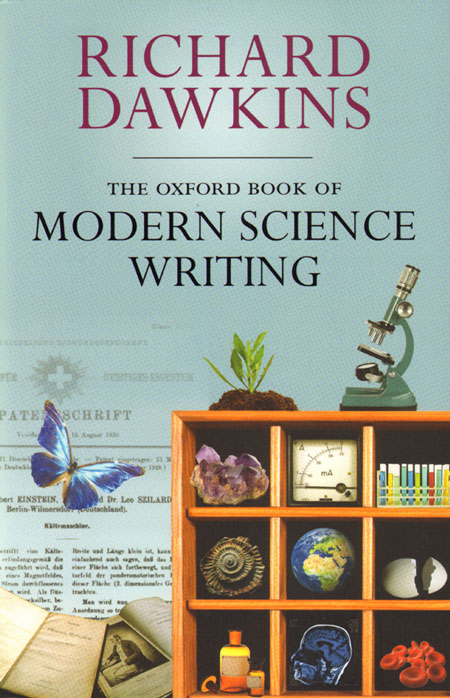 Weighing the Soul by Len Fisher

Good science and common sense often don’t mix. In Weighing the Soul, Len Fisher shows the path to scientific discovery is frequently a bumpy one that follows Schopenhauer’s famous maxim – ‘All truth passes through three stages: First, it is ridiculed; Second, it is violently opposed; and Third, it is accepted as self-evident. 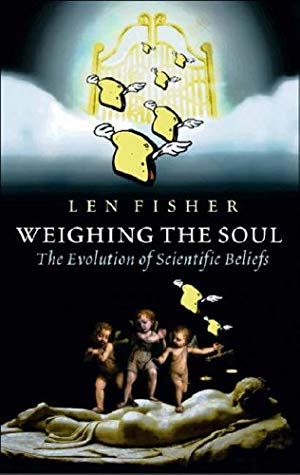 This book will help people to quantify their instincts – that a lot of the so-called ′science′ which appears in the media and in advertising is just wrong or misleading. 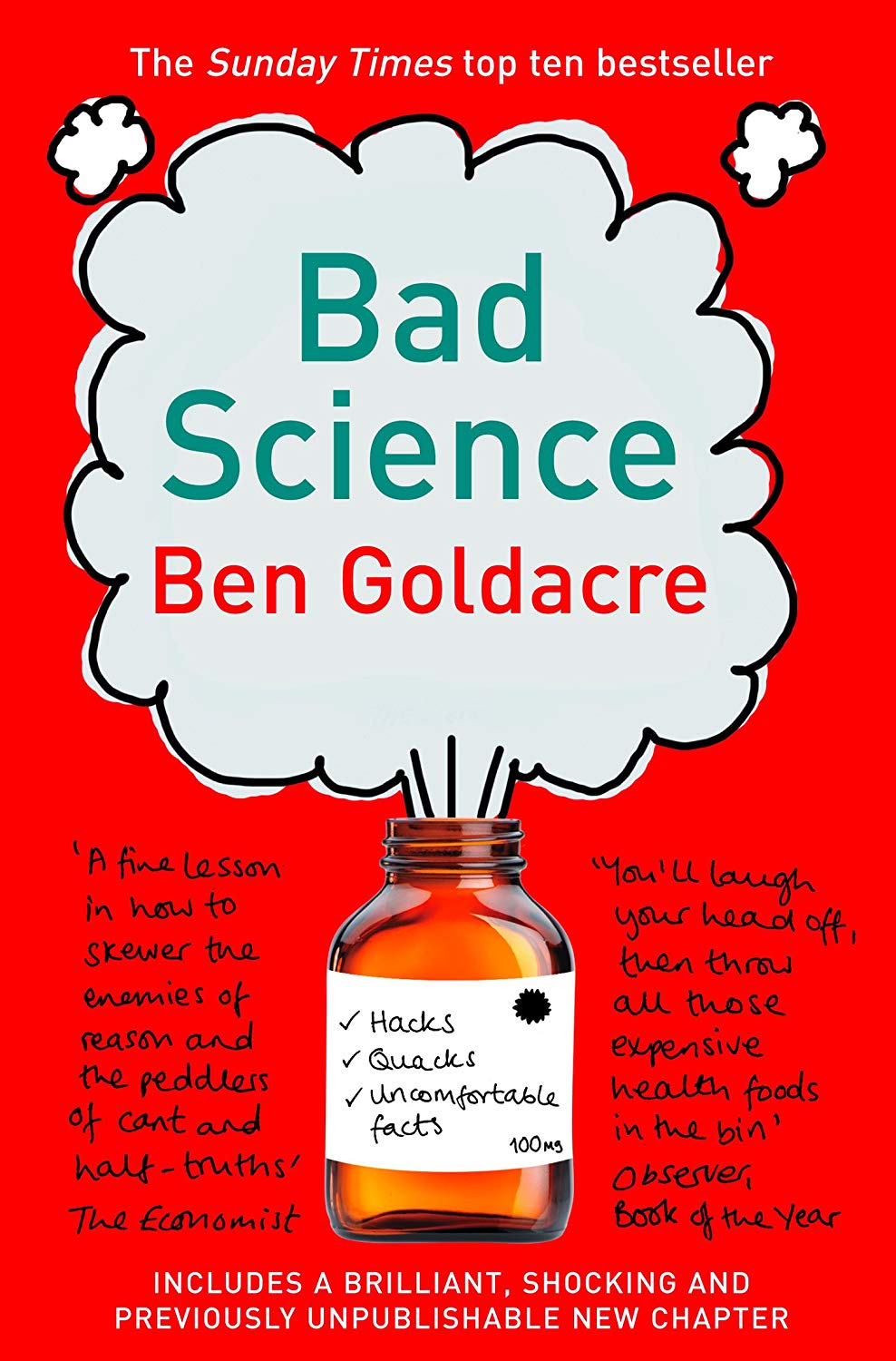 Game of Knowns by Karl Kruszelnicki

Dr Karl divulges why psychopaths make good kings, how smartphones dumb down our conversations, why the left side of your face is the most attractive, how the female worker bee gets a raw deal and why we drink beer faster when it is served in a curved glass. He discloses the amazing opportunities that 3D Printing will bring, the magic of hover boards, solemnly shares why dark matter matters, and spills the scientific basis of wealth distribution. 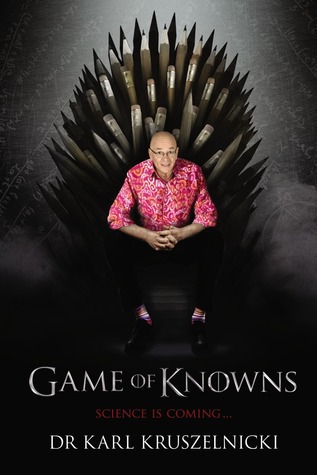 Dr Karl’s short back and science by Karl Kruszenicki

Lean back and settle in for cutting-edge scientific snippets from the trend-setting Dr Karl Kruszelnicki. In Short Back & Science, Dr Karl combs through some of the greatest scientific conundrums of our age, such as what is killing half the bacteria on Earth every two days and why don’t mole rats get cancer? Why would anyone pay $40 million for a cup of tea, and how did a toilet seat help to end the First World War? Are bananas really slippery, radioactive and loaded with potassium? What do clouds weigh? And why are there scientists running around naked in the Antarctic? 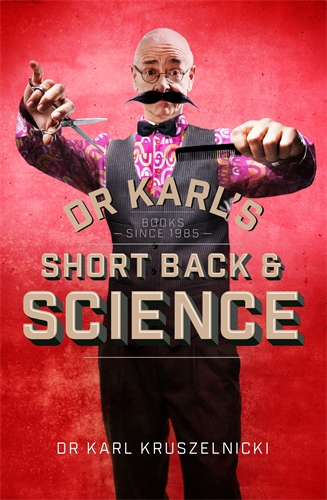 Never Mind the Bullocks, here’s the Science by Karl Kruszenicki

Dr Karl has taken on Santa Claus, atom bombs, ‘friendly’ dolphins and ‘killer’ whales, meteors, black holes, string theory and camel’s humps. In his 27 mega-selling books, he demolishes myths, tells readers how to spot bogus science and advises readers to be wise, sceptical and to always challenge authority. In his 28th book he continues his crusade to keep the world a rational place by answering vital questions like ‘Are white cats deaf?’ and ‘Will lemon juice make you slimmer?’ 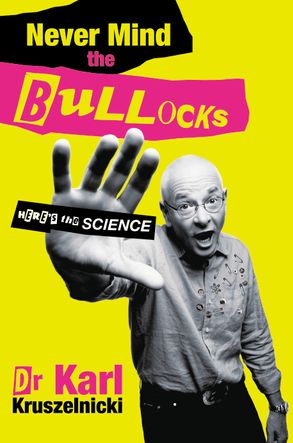 Discover why people tell lies, why some planets are hotter than stars and how humans are terraforming the Earth. Is cockroach milk really the next Superfood? Why are birds so smart? Why do trees need each other to grow and how do they communicate? Why did a group of scientists voluntarily starve to death while surrounded by tonnes of food? How long does a decapitated head stay “alive”? What human artefacts can be seen with the naked eye from the International Space Station? Who is Bertha Benz and how did her first car trip revolutionise how we use petrol today? Finally, monitor your breathing and learn why whales are so big, why oral histories are surprisingly accurate and try the five tried-and-tested steps to becoming a wellness guru. 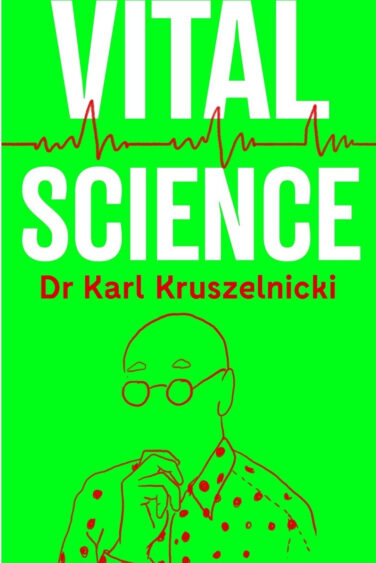 The Naked Scientist by Chris Smith

It’s all here in The Naked Scientist, which promises serious science, but with a sense of humour. There are over 250 true science stories, all written in a straightforward and amusing style. You can start and stop wherever you want and it will definitely provide you with the perfect “impress your mates” ammunition guaranteed to brighten up any dreary conversation. 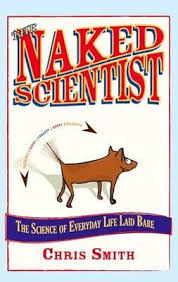 Chaos Theory, String Theory, the Theory of Relativity? Intelligent Design? Schrodinger’s Cat and Pavlov’s Dog? Sure, you know what they all mean. That is, you’ve certainly heard of all of them. But do you know enough about them to join a dinner party debate or dazzle the bar with your knowledge? 30-Second Theories takes a revolutionary approach to understanding the 50 most significant and intriguing scientific theories. 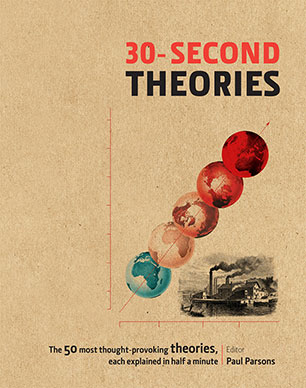 This Idea Must Die by John Brockman 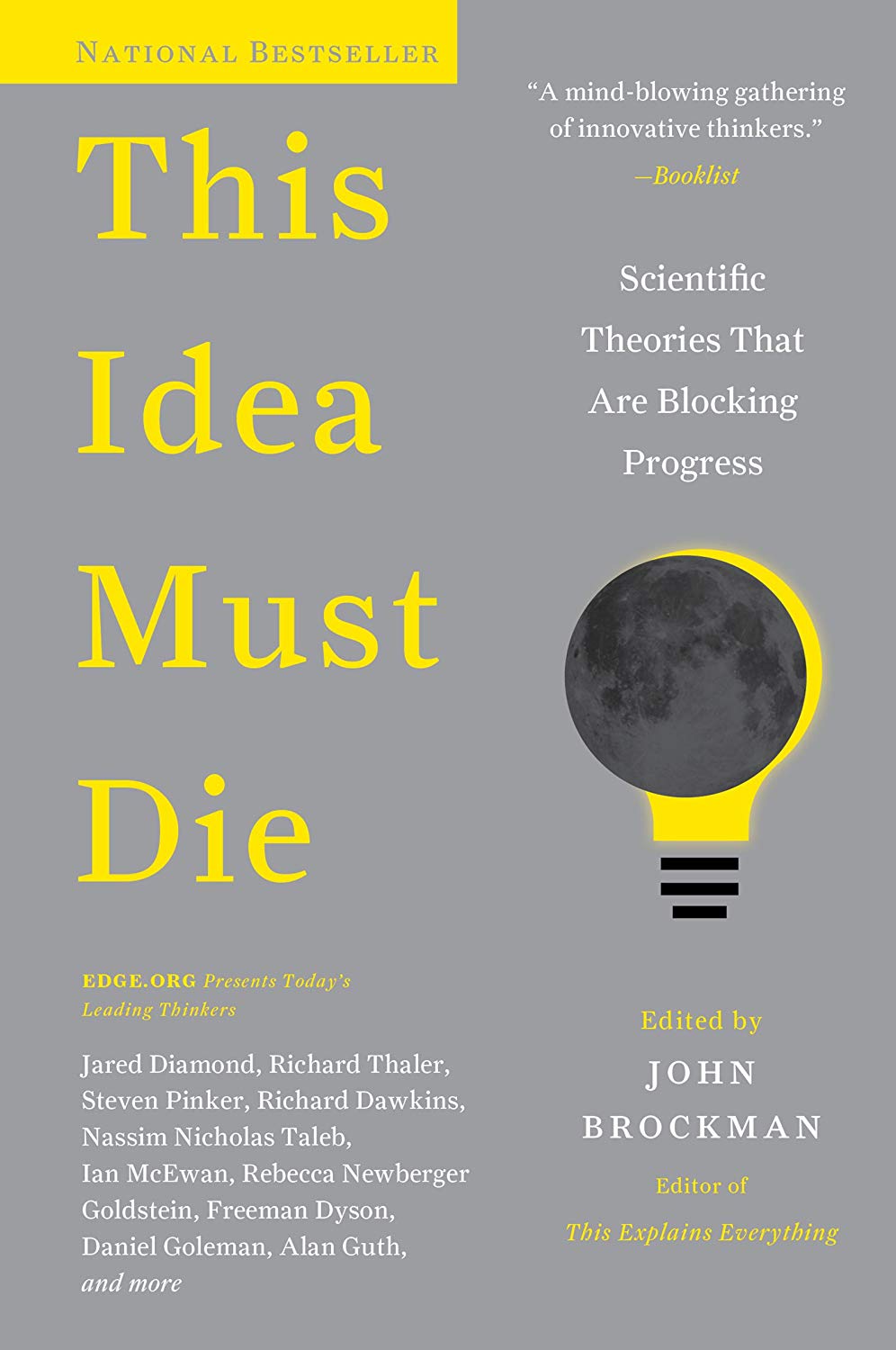 The Art of Science by John Kean

The Art of Science presents the best of Museum Victoria’s remarkable collection of natural history artworks. The book opens with the paper museums of the seventeenth and eighteenth century, stunning collections of the bizarre and fabulous, each one exquisitely depicted.