Every year in August Australia takes a week to celebrate Science, and last week the Library joined with the Science Department to bring this celebration to the boys of Trinity. This year’s theme was Destination Moon: More missions, more science, and so there was a distinctive space theme to the activities the boys undertook.

Year 7 students were treated to a circuit-style experience of 7 different activities, each of them aligning with the Science Week theme. To give you an idea, there was Geraint Lewis, an Astronomer from UTS, who took the boys on a journey from Earth to the edge of the Universe with a highly engaging presentation full of amazing images and facts.

We also had a pop-up Planetarium in the Assembly Hall where the boys saw the night sky and constellations – without the glare of the city lights; and a Virtual Reality Spacewalk that put the boys on a space shuttle, viewing planets as if they were flying by.

One of the students favourite activities during Science Week was learning to draw a cartoon space creature with manga artist, Matt Lin. Matt is a very talented artist who once drew an anime character for us in 3 minutes flat! See our instagram post for the time-lapse video. 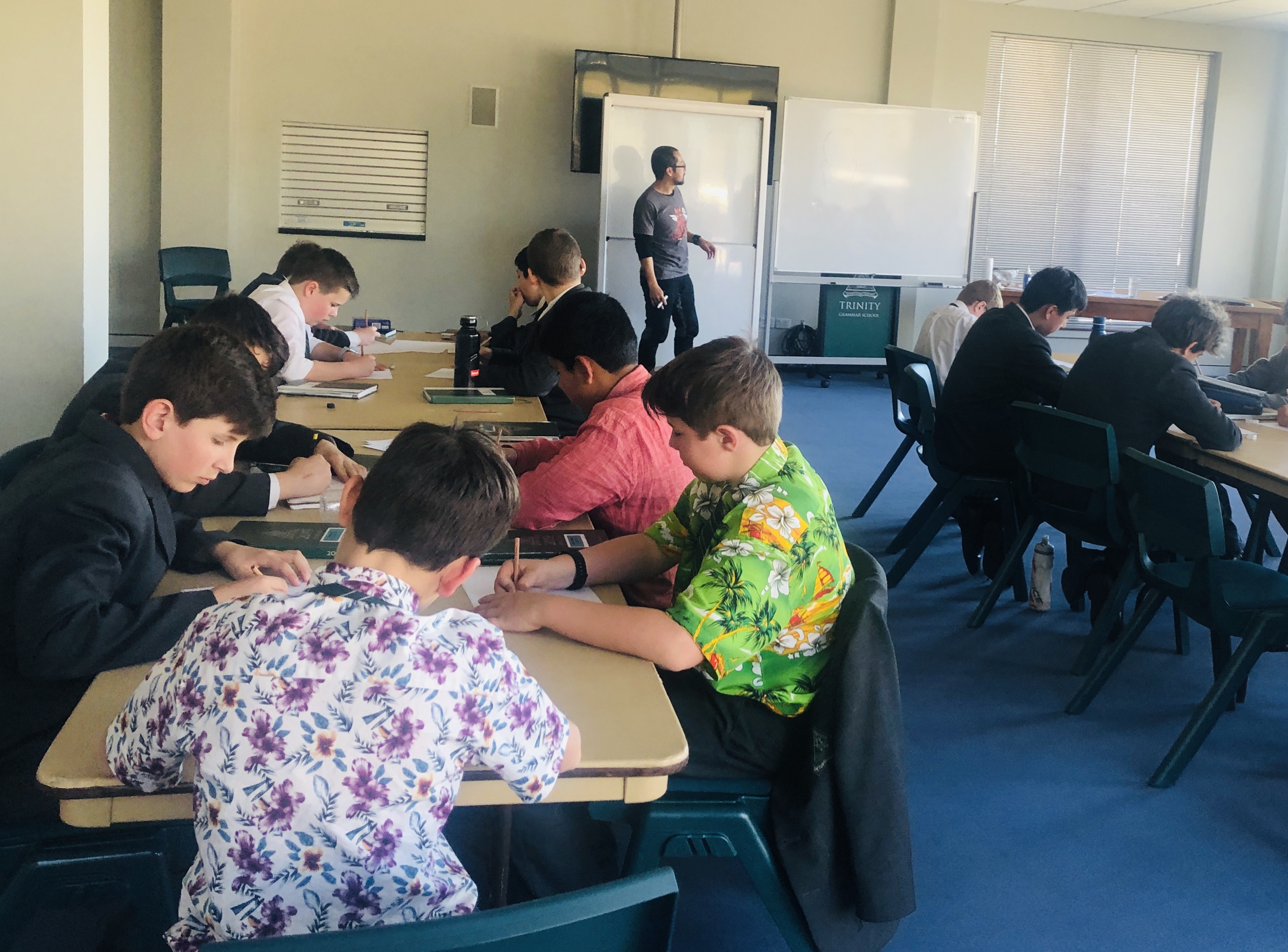 There were a couple of outdoor activities for the Year 7’s also, including a Lego Creation Challenge on the Quad where the boys were given free rain to create something out of Lego that aligned with the theme. And on the Number 1 Oval, Mr Chu sparked wonder and joy with his Launch a Rocket lesson.

Mr Chu launches one of the student-designed rockets

All in all, it was an afternoon Science Extravaganza that we’re sure the Year 7 students won’t quickly forget. We look forward to next year, whatever the theme may be…but secretly we’re hoping for something invention-based…what fun we could have in the Library with that! Stay tuned.