What’s New in February in the AHL 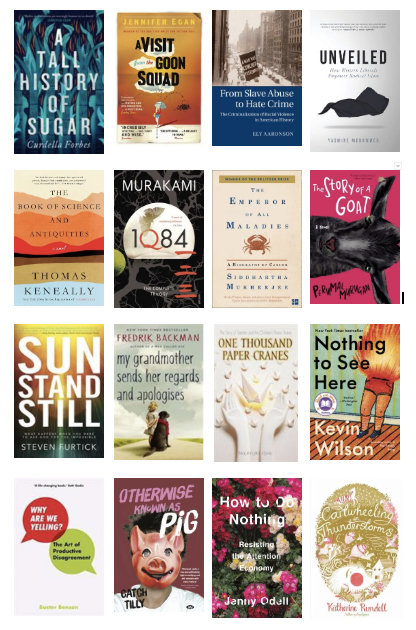 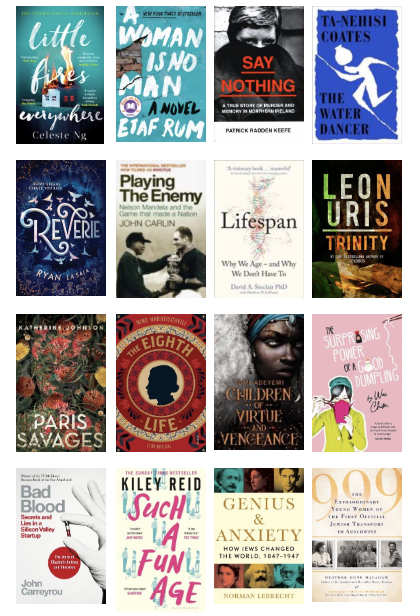 “This is a work of imagination inspired by the little known true story of three Aboriginal people – Bonangera (Bonny/Boni), Dorondera and Jurano – taken to Europe as living exhibits in 1882-83. While travellers and performers has been journeying to Europe from distant lands since the time of Columbus, it was not until the mid-to-late nineteenth century that ‘ethnic shows’, also known as ‘human zoos’, became mass entertainment.’

Katherine Johnson spent six years of intensive research and a PhD to write her “factional” novel.  It explores a dark chapter in our history where Indigenous people were taken from their homes and set sail for Europe to be exhibited to the public, scientists, anthropologists and even royalty, as a human zoo. These ethnic shows were designed to showcase the culture and Indigenous way of life, but it resulted in the systematic exploitation and false representation of these people.

On beautiful Fraser Island in 1882, the population of the Badtjala people is in sharp decline following a run of brutal massacres. When German man Louis Müller offers to sail eighteen-year-old Bonny to Europe, along with 22 year old Jurano and his 15 year old niece, Donordera, the proud and headstrong Bonny agrees.

Bad Blood : Secrets and Lies in a Silicon Valley Start Up by John Carreyrou

In 2014, Theranos founder and CEO Elizabeth Holmes was widely seen as the female Steve Jobs: a brilliant Stanford dropout whose startup “unicorn” promised to revolutionize the medical industry with a machine that would make blood tests significantly faster and easier. Backed by investors such as Larry Ellison, Rupert Murdoch and Tim Draper, Theranos sold shares in a fundraising round that valued the company at $9 billion, putting Holmes’s worth at an estimated $4.7 billion. There was just one problem: The technology didn’t work.

For years, Holmes had been misleading investors, FDA officials, and her own employees. When Carreyrou, working at The Wall Street Journal, got a tip from a former Theranos employee and started asking questions, both Carreyrou and the Journal were threatened with lawsuits. Undaunted, the newspaper ran the first of dozens of Theranos articles in late 2015.

By early 2017, the company’s value was zero and Holmes faced potential legal action from the government and her investors. Here is the riveting story of the biggest corporate fraud since Enron, a disturbing cautionary tale set amid the bold promises and gold-rush frenzy of Silicon Valley.   And if you enjoy this book, I can recommend the podcast, Drop Out.

Elsa is seven years old – going on eight – and is different from other children her own age.  She knows she’s different because people tell her so, including her school headmaster who says she needs to “fall into line” in order to be “a better fit with her peers”.

She loves Wikipedia, her Gryffindor scarf and most of all, her Granny.

Her grandmother is seventy-seven years old and is also different.  Some describe her as “perky”, others “politically incorrect”.  Others say she’s simply crazy.

Granny likes to smoke, drive without a licence and help Elsa take her mind off the school bullies with stunts like breaking into a zoo.

To Elsa, her Granny is a superhero.  Elsa believes her superpowers are saving lives and driving people nuts.   She knows Granny used to be a doctor who won prizes and went to all the terrible places in the world to save people and fight evil – just like all the superheroes do.

Granny is also Elsa’s best and only friend.

At night time Elsa’s worries disappear while listening to her grandmother’s fairy tale stories, in the Land-of-Almost-Awake and the Kingdom of Miamas, where there are Knights, Warriors, Dragons and where you don’t get bullied or beaten for being different.  Elsa knows the only way to get to the Land-Of-Almost-Awake is to ride on the back of cloud animals that come through her Granny’s balcony door at night.

When Elsa’s Grandmother dies, Elsa is bereft.  She has lost her only friend and great protector.

Her Grandmother leaves behind a pile of apology letters for people she has offended and hurt over the years.  The stack is high as the offending was great and Elsa is tasked with making sure the letters get to their rightful owners.

Elsa embarks on a wild treasure hunt style adventure which steers her to an apartment block where she finds an assortment of eclectic and damaged characters.   It is here that the real world and the Miamas make-believe world blur together and the fairy tales intertwine with real life heroes, survivors and warriors.

Best-selling author of A Man Called Ove, Fredrik Backman, has woven a rich tale of humour and heartache about life, death, grief, tolerance and the right to be different.  The characters are exquisitely written and make you want to hug away the hurt and wish you had a storytelling superhero Granny in your life.

The Eight Life  by Nino Haratischvili

At just over 900 pages, The Eight Life requires dedication and commitment, but the sprawling family saga is well worth the effort (and reading becomes a form of exercise as you flex those arm muscles)

The book follows the Jashi family through five generations across years of tumultuous history in Georgia and Russia.  Set at the start of the Russian revolution, the story weaves its way across Europe, with the  family who are the secret-keepers of a hot chocolate recipe so decadent and so addictive, that they believe there is a magic to it.

The story is being told by Niza, the fifth-generation family member. She is telling it to her niece Brilka, in the hopes that with the knowledge Brilka will be able to escape the curse that has plagued their family. Starting with the story of Stasia who left her family home in Georgia, taking the chocolate recipe with her to Russia when she followed her new husband to his posting. Through Stasia, Christine, Kitty, Niza, Kostya and Brilka, plus a host of other amazing characters, we’re taken through one of the harshest and bloodiest times in history. But we’re shown those times through the lens of family, love and life.   The characters have been so gloriously created, each one their own real person that you can very easily see existing throughout history. Aside from the interesting storyline and characters, you may also learn about Georgian and Russian history.

One Thousand Paper Cranes is the inspirational story of the Japanese national campaign to build the Children’s Peace Statue honoring Sadako and hundreds of other children who died as a result of the bombing of Hiroshima.

Ten years after the atomic bomb was dropped on Hiroshima, Sadako Sasaki died as a result of atomic bomb disease.

Sadako’s determination to fold one thousand paper cranes and her courageous struggle with her illness inspired her classmates.   After her death, they started a national campaign to build the Children’s Peace Statue to remember Sadako and the many other children who were victims of the Hiroshima bombing.

On top of the statue is a girl holding a large crane in her outstretched arms. Today in Hiroshima Peace Memorial Park, this statue of Sadako is beautifully decorated with thousands of paper cranes given by people throughout the world.
Library Call Number: BIO 362.196 ISH