What’s New in January (Welcome back!) 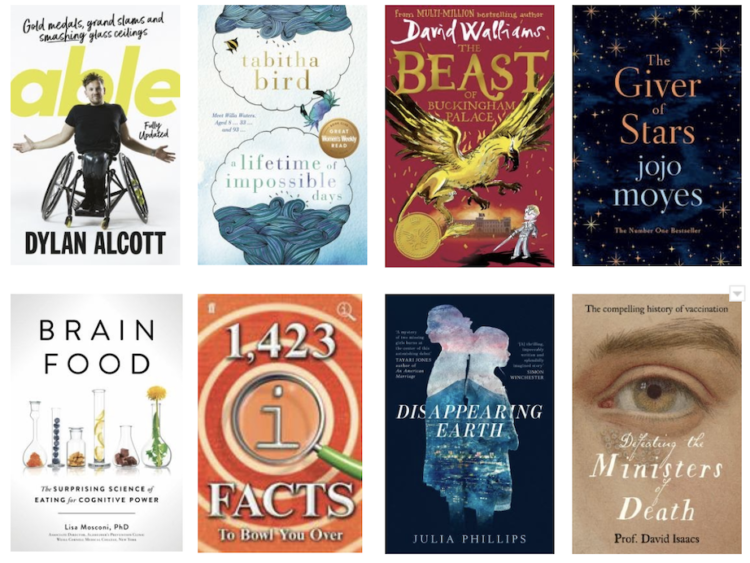 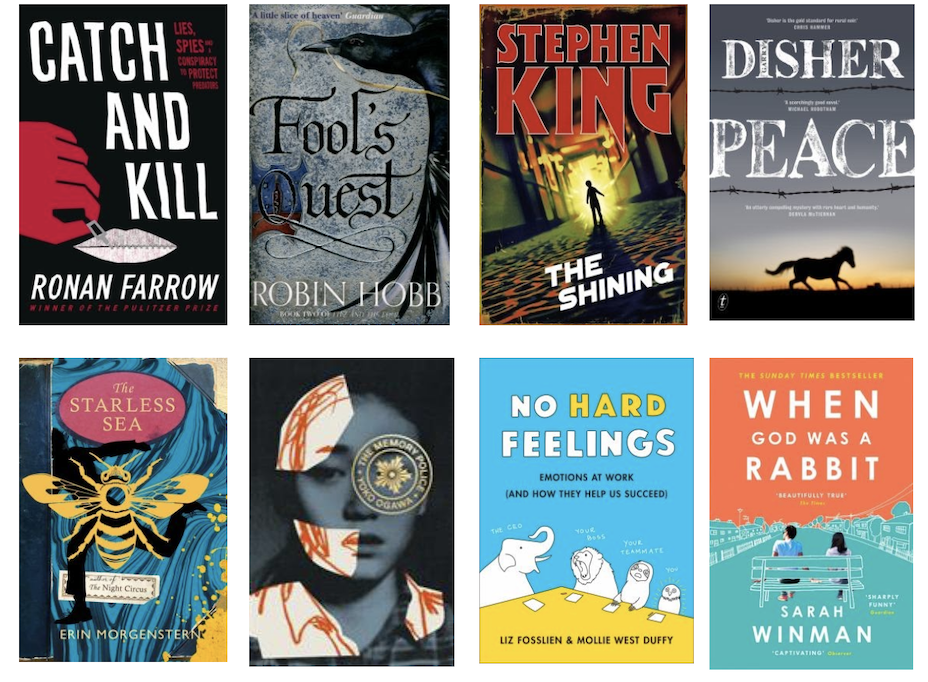 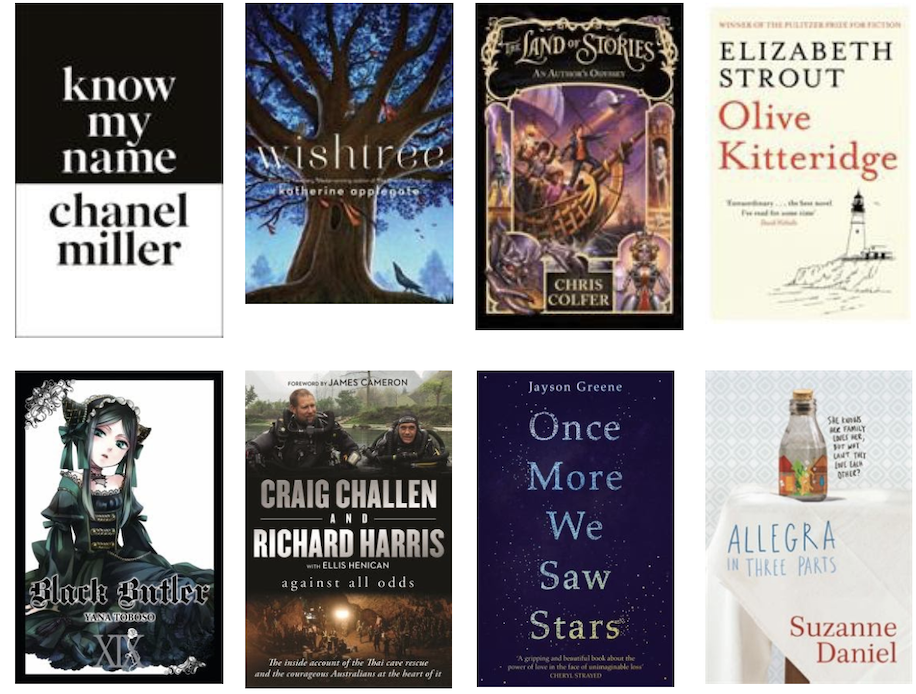 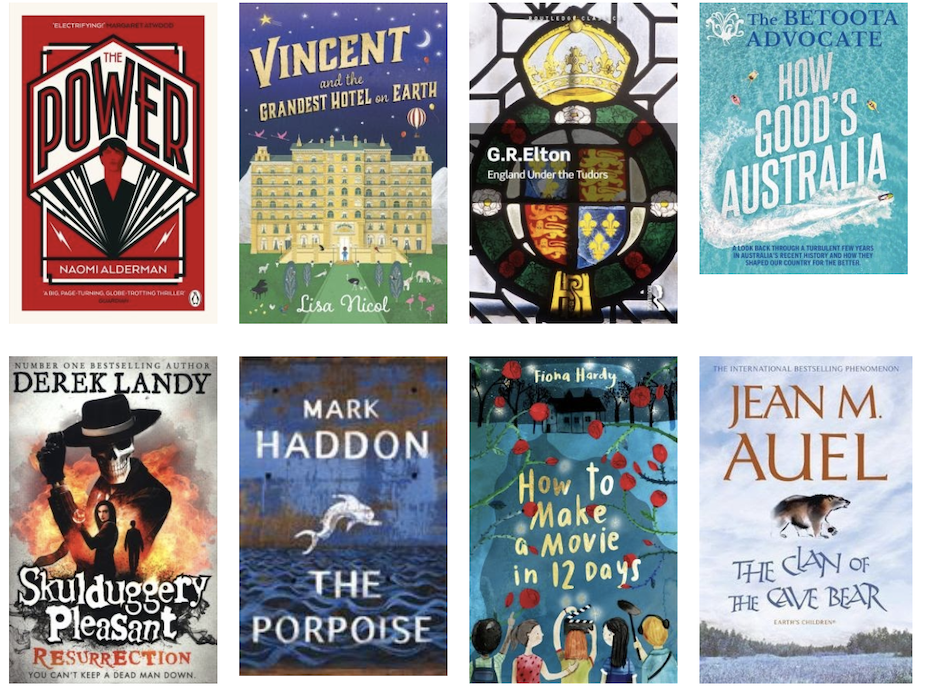 A Lifetime of Impossible Days   by Tabitha Bird

This is both a  heart-warming and heart-breaking story that asks:  Can we change the past? If not, can we change how we handle it?  If you could, what would you tell your younger self? What would you ask your older self?

This debut novel  by Queensland author Tabitha Bird is beautifully written and touches on hope, family, trauma, love and self-forgiveness.  This story is a fantastical mix of literary fiction and magical realism.

On one impossible day in 1965, eight-year-old Willa receives a mysterious box containing a jar of water and the instruction: ‘One ocean: plant in the backyard.’  So she does – and somehow creates an extraordinary time-slip that allows her to visit her future selves.

On one impossible day in 1990, Willa is 33 and a mother-of-two when her childhood self magically appears in her backyard. But she’s also a woman haunted by memories of her dark past – and is on the brink of a decision that will have tragic repercussions.

On one impossible day in 2050, Willa is a silver-haired, gumboot-loving 93-year-old whose memory is fading fast. Yet she knows there’s something she has to remember, a warning she must give her past selves about a terrible event in 1990. If only she could recall what it was.

Can the three Willas come together, to heal their past and save their future, before it’s too late?

Defeating the Ministers of Death by Prof David Isaacs

Given the measles epidemic in the Pacific regions, especially Samoa, this book is topical, informative and essential reading for everyone to understand how scientists and doctors worked to eradicate and defeat many deadly contagious diseases.

We may fear terrorist attacks but in truth, we have always had far more to fear from infections. In 1950 there were an estimated 50 million cases of smallpox worldwide, which killed 10 million people. At the end of WWI, Spanish flu proved deadlier than the war that had just eradicated nearly 20 million people. In 1980, before the measles vaccine was introduced, an estimated 2.6 million children died each year of this disease. Less than 100 years ago, child and infant death due to illness was a tragic event dreaded by every parent – from the most revered to the poorest.

Today, these diseases are seen not at all or only rarely, thanks to the development of antibiotics and vaccination.

The story of vaccination is rich with trial, error, sabotage and success. It’s the tragedy of lives lost, the drama of competition and discovery, the culpability of botched testing, and the triumph of effective, lifelong immunity. Yet with the eradication in the first world of some of our deadliest diseases – and the fading memory of their awful consequences – complacency has set in. We forget the power of these diseases at our peril.  This is a book for everyone who fronts up to get their jabs and might want to be reminded why.

1,423 Facts to bowl you over  by  John Loyd, James Harkin and Anne Miller

We love fun and interesting facts in the AHL so imagine our delight when this book of 1, 423 facts came into our life!

Clan of the Cave Bear  by Jean Auel

Not so much a new book, but a new book for the AHL.  This extraordinary book – part of the six-book Earth’s Children series –  was the Harry Potter of it’s era when it came out, and still commands high readership today.

An earthquake leaves a young girl, Alyla wandering alone in an unfamiliar and dangerous land until she is found by a woman of the Clan, people very different from her own kind. To them, blond, blue-eyed Ayla looks peculiar and ugly–she is one of the Others, those who have moved into their ancient homeland; but Iza cannot leave the girl to die and takes her with them. Iza and Creb, the old Mog-ur, grow to love her, and as Ayla learns the ways of the Clan and Iza’s way of healing, most come to accept her.  But the brutal and proud youth who is destined to become their next leader,  sees her differences as a threat to his authority. He develops a deep and abiding hatred for Ayla and is determined to get his revenge.

The Power  by Naomi Alderman

The Handmaid’s Tale meets The Hunger Games in this fast paced novel.   In The Power,  the world is a recognisable place: there’s a rich Nigerian kid who lounges around the family pool; a foster girl whose religious parents hide their true nature; a local American politician; a tough London girl from a tricky family. But something vital has changed, causing their lives to converge with devastating effect. Teenage girls now have immense physical power – they can cause agonising pain and even death. And, with this small twist of nature, the world changes utterly.

This extraordinary novel by Naomi Alderman, a Young Writer of the Year, is not only a gripping story of how the world would change if power was in the hands of women but also exposes, with breath-taking daring, our contemporary world

How Good’s Australia?  by The Betoota Advocate

Australia’s oldest and favourite newspaper dissects the last decade of political turmoil and cultural frustrations that turned us all against each other, and how we broke down those walls of division to come together again. This is our country’s coming of age story. How good.

It’s been a tough few years.

We’ve had three prime ministers in four years, a scandalous ball-tampering scandal, our own #Metoo moments (Defamation laws apply*), the Murray-Darling fish kills and, worst of all, the cancellation of both the NRL and AFL footy shows.

In this penetrating and incisive book, The Betoota Advocate’s editors Clancy Overell and Errol Parker take us on the nation’s journey through chaos and confusion, to the start of a new era.

Finally, we as a nation have been gifted the rare opportunity to choose who leads our country for an entire federal term. Our cricketers now use talent and skill to win matches. The culture wars are over, and common sense prevails.